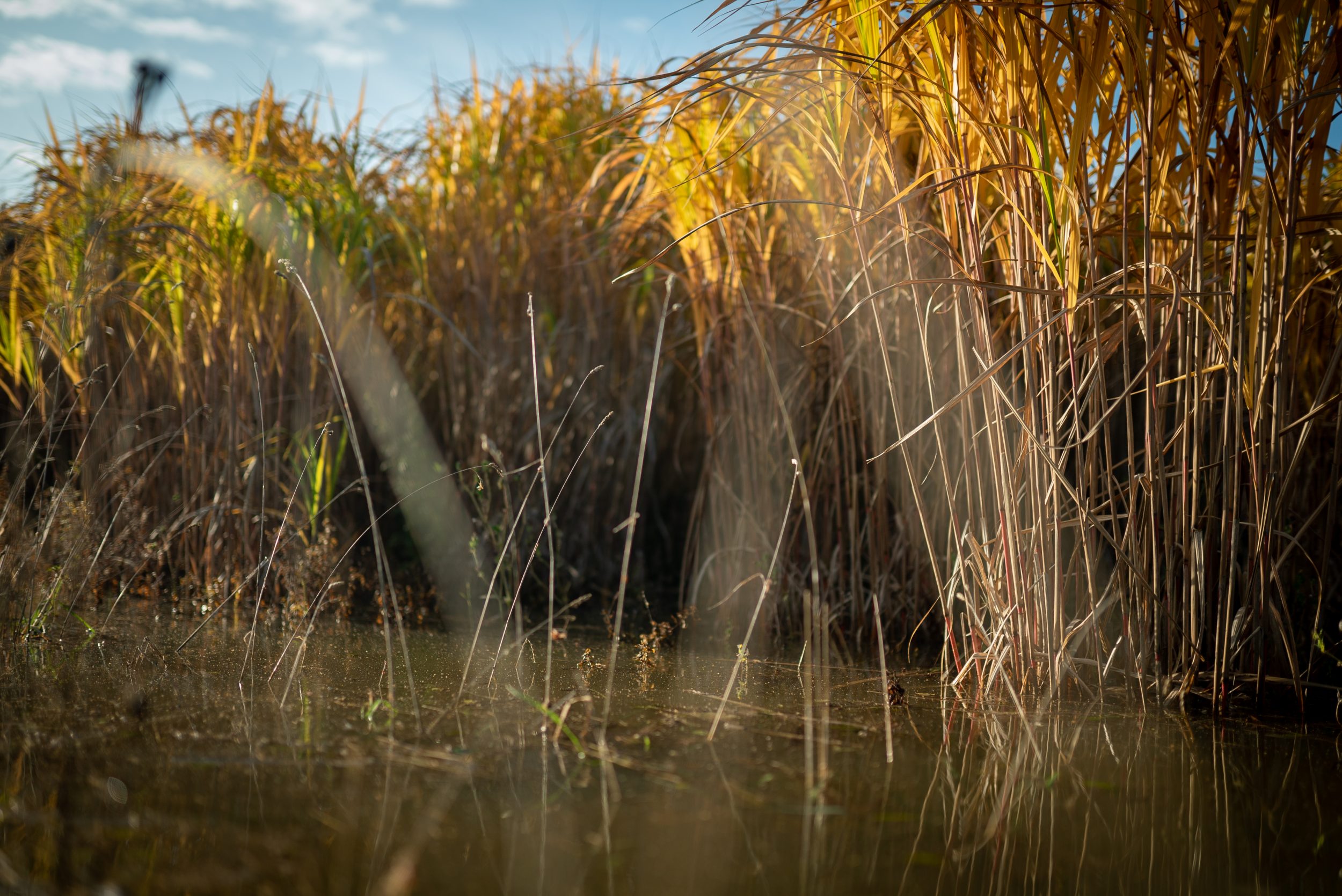 New research has shown that Miscanthus not only thrives on waterlogged land, it helps to stabilise flooded soils and this event offers farmers the chance to see for themselves how the crop has helped to reduce flooding on the farm.

“Before Miscanthus, the fields were hard work to manage. We ended up putting them in fallow for the most part. We also had a blackgrass issue,” explains Fergus Payne.

“We’re looking forward to our third harvest in winter/spring 2020 and the crop has done well despite the varying soil types. The clay patch that didn’t grow as well initially has recovered now, the blackgrass is visibly being smothered and the we aren’t seeing so much waterlogging,” he says.

Fergus advises that Miscanthus requires some weed control during the spring months, and that the ground needs to be well prepared in the autumn before spring planting. “Other than that, it’s a good low maintenance crop for poor farmland that is generally expensive and time consuming to manage.”

Farm walk co-host and Miscanthus specialist, Terravesta, invites anyone interested In learning about growing the crop to come along.

Ben Booth is part of the Terravesta planting team, and says there has been a lot of interest this year for flooded fields. ““As a solution to land that is becoming increasingly unlikely to plant up with arable crops, Miscanthus is a profitable option.”

The Miscanthus farm walk takes place on Wednesday 29th January in Holme-on-spalding-moor, East Yorkshire, and bookings can be made here.