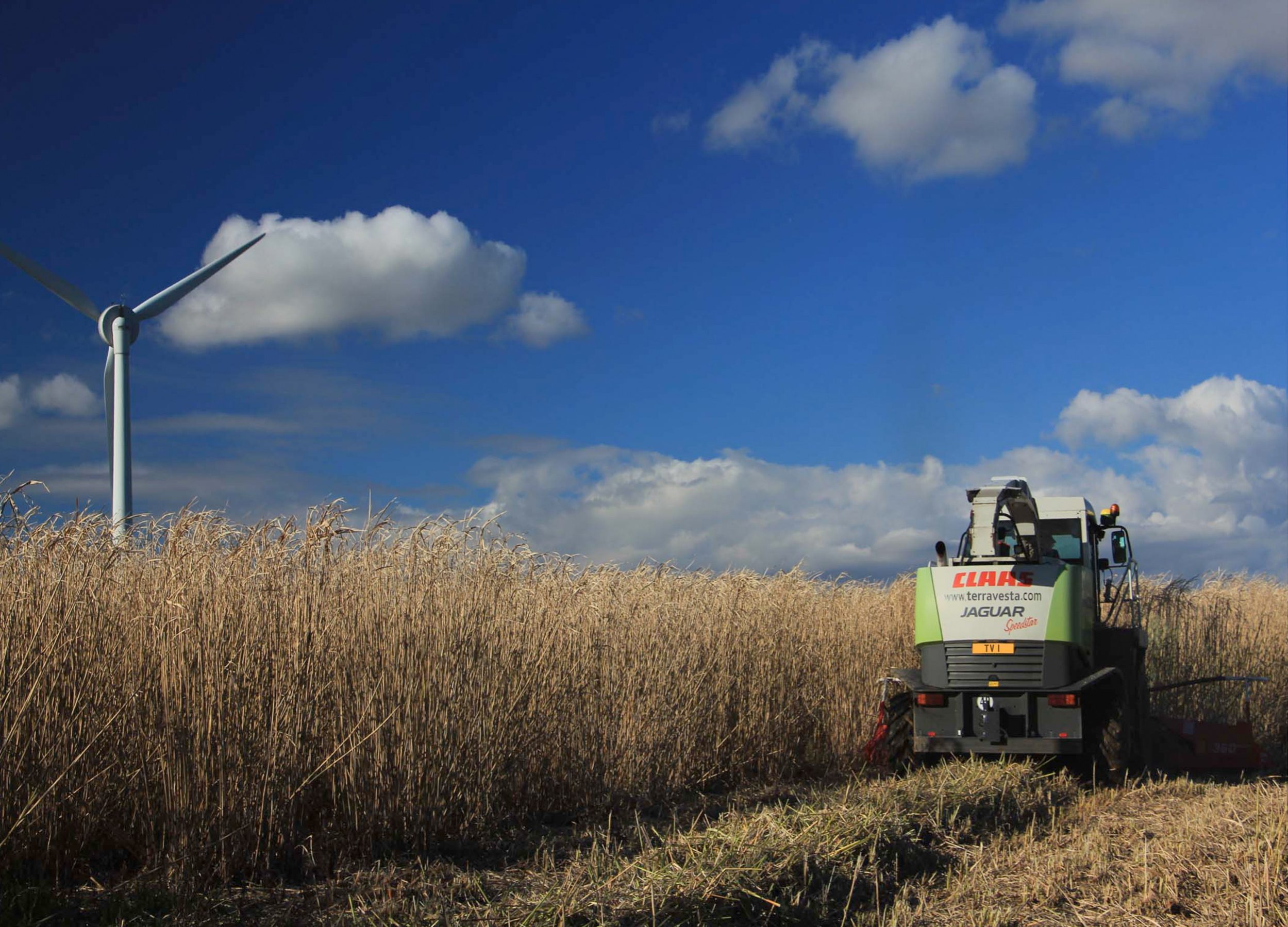 Bioenergy crops such as Miscanthus play a key role in the first detailed roadmap for a fully decarbonised nation, in the sixth carbon budget from the Committee on Climate Change (CCC), issued In December 2020.

According to the report, polluting emissions in the UK must decrease by 78% by 2035, and energy crops and bio energy with carbon capture storage (CCS) will significantly contribute to net zero targets.

This increase could sequester 2 MtCO2e by 2035 and over 6 MtCO2e by 2050. When used with CCS technologies this could displace a further 3 MtCO2e of GHG emissions elsewhere in the economy by 2035, increasing to 10 MtCO2e by 2050.

William Crcroft-Eley, Terravesta chairman, is encouraged by the report. “The CCC modelling includes the carbon benefits of bioenergy crops but not the additional emissions savings from reduced nitrogen use by moving from annual to perennial crops.

“With bioenergy crops specifically grown for use in the energy sector, providing emissions savings from displacing fossil fuels and C02 removal if combined with CCS along with any net carbon capture benefits that are derived while growing these crops, a sustainable UK supply of bioenergy is an important contributor to our net zero targets.

“What’s more, it’s a solution that is developed, scalable and ready to deliver today, with the ability of producing substantial annual feedstock harvests after the second year from planting. Nothing else can deliver both the essential carbon negative feedstocks and sequestration at the same scale in that timeframe.”

William says that we need to focus on end-uses that are ready to go now, in order to have those technologies contributing to the maximum as soon as possible. “In the UK, that means first generation burning technologies, delivering large-scale heat and electricity, whether as dedicated supply to major industry or uploaded onto the National Grid from biomass power stations.”

“That is not to say that there aren’t many exciting emerging uses, which include fibre, construction materials, bio-refining for multiple products, some of which offer much greater carbon benefit than burning, but power generation is here at scale and ready to go now, while most of the other technologies are still at the scale-up stage,” adds William.