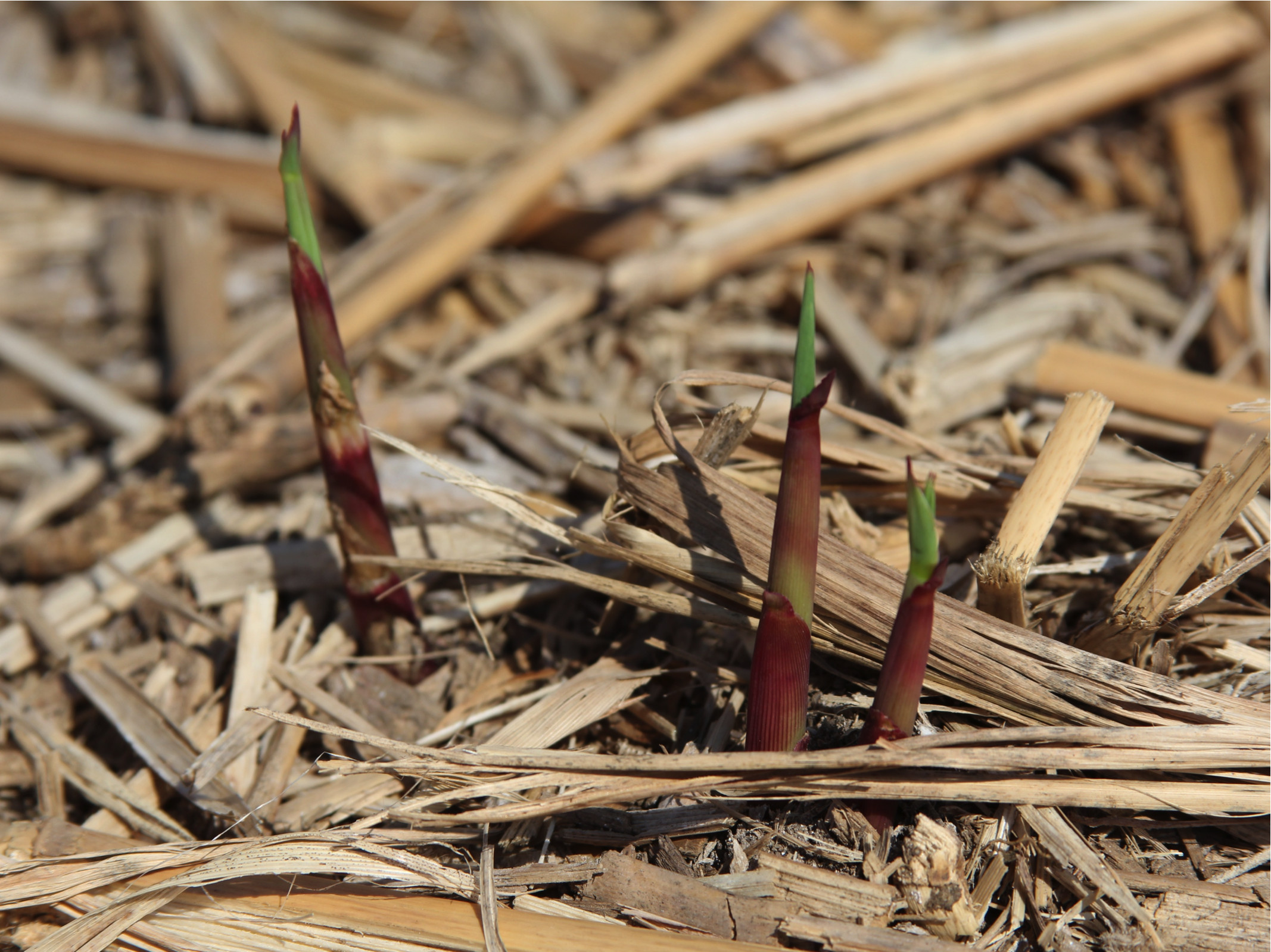 Rising temperatures, changing rain patterns and intensive farming practices can all lead to soil erosion, eradication of soil fertility and biodiversity loss and it’s been estimated by the Environment Agency that the annual soil erosion rate for the UK is 2.2 million tonnes of topsoil with over 17% of arable land showing signs of erosion.

Over 50% of all life is in the soil and most of this is in top soil. Almost 4 million hectares of soil are at risk of compaction in England and Wales, affecting soil fertility and our water resources as well as increasing the risk of flooding.

Looking after our soil for future generations is rightly a top priority, and while there are many more techniques employed to preserve it, Miscanthus can play an important role in improving our soil.

Russell Armstrong, Terraveta’s head of agronomy, says there are many factors in the crop’s life-cycle which contribute to its ability to stabilise and enrich soils.

“Miscanthus crops are harvested annually after the above ground biomass has senesced (died back). During this process, the leaves fall and accumulate on the soil surface and together with the stubble left after harvest, form a mulch. The stems are cut and baled to be used for carbon negative power generation,” explains Russell.

“Around 3 – 7 tonnes per hectare of crop debris is returned to the ground annually. This represents up to 50% of the above ground biomass.”

Russell continues “Once a Miscanthus crop has established, further cultivations are not required, which results in less soil aeration, therefore less soil organic matter is lost to the atmosphere as carbon dioxide and methane, from the action of microbes than would be from typical arable practices.”

The Met Office says the UK received 109% (138.8 mm) of its average rainfall in October and farms have suffered unprecedented damage from the recent flooding.

Miscanthus can play a part in stabilising and enriching flooded soils. “Because of Miscanthus’ perennial nature, annual planting is not needed. This therefore reduces soil disturbance to a minimum promoting the action of weathering, roots and worms to enhance soil structure,” says Russell.

“As a solution to land that is becoming increasingly unlikely to planted with arable crops this year, Miscanthus is a very profitable option.”

The Department for Business, Energy and Industrial Strategy (BEIS) has a target of 1.4 million ha of perennial biomass crops to be planted in the UK and has calculated that this is sustainable, without posing a risk to food production.

To put this into perspective, this is around 14% of the arable cropping area in the UK, which is equal to the area for set-aside in the UK.

We launched Terravesta Athena™ in June 2019, which is the world’s first commercially bred Miscanthus hybrid variety, boasting a much faster establishment and quicker yield ramp up, improving grower return on investment.

The new variety delivers staggering results in commercial-scale trials, meaning quicker and higher returns to farmers and more than double the energy per hectare.

Terravesta Athena™ produces higher yields in year two of the crop’s 20-year life cycle, an average mature yield double that of original Miscanthus giganteus, a calorific value increase of 12.2%, resulting in a 220% increase in energy per hectare (megajoules), and a significant ash content reduction, all of which benefits the end market significantly.

Commercial-scale trials show that on average year two yields are 62% above the standard Miscanthus giganteus variety, producing 8t/ha for the first harvest and 12.5 t/ha in year three. Extensive testing for Athena took place on 270ha of varied UK soil types, as well as differing geographic and climatic conditions.