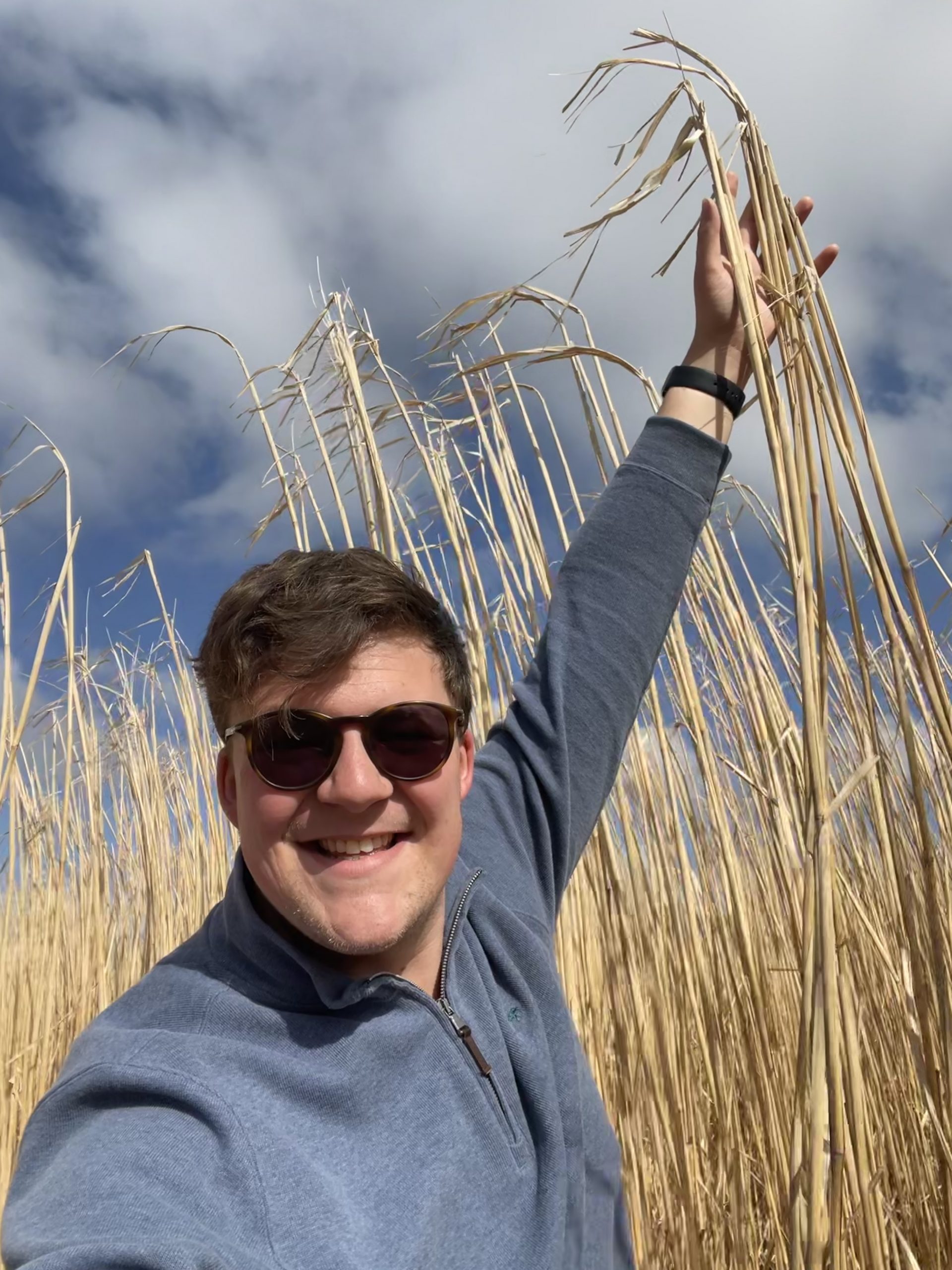 A 1,312-hectare estate near the picturesque town of Malmesbury in Wiltshire has planted 20 hectares of Miscanthus, with plans to grow more, to reduce the farm’s environmental impact and concentrate efforts on growing healthy, high-yielding food crops.

“We have therefore taken out some less productive land and planted Miscanthus,” he says.

The estate is a mixed farm enterprise, comprising 66% arable land, 11% environmental stewardship, 20% grassland used for in-house ewes managed rotationally as well as land leased for grazing cattle, and the remaining area is made up predominantly of woodland.

The Terravesta Athena™ Miscanthus has been planted on some of the heavy, low-lying land which loses the estate money as well as making it. “Before the Miscanthus we were ultimately just about breaking even on our arable cropping on these fields. The expenditure on inputs was significant and we had major blackgrass issues.

“The land has been in an arable rotation since the 70’s and the surrounding land is pasture. It really should have stayed in pasture, but the Miscanthus is proving to be an ideal solution, because we still wanted to keep up the cropped production area as much as possible,” says Mike.

The estate planted the Miscanthus in 2019 and has taken its second Miscanthus harvest in 2022, and the yield has doubled compared with last year.

The Miscanthus has filled out completely, it’s yielding well so far and should outcompete the blackgrass over time, and this is with very limited inputs and no fertiliser application at all.

“Therefore, we can actually reduce our whole-farm environmental impact without compromising on arable yields for the rest of the farm, because Miscanthus allows us to reduce the farm’s total Nitrogen and inputs requirement, without us reducing inputs on important high input arable crops such as milling wheat,” explains Mike.

“The amount of leaf litter that the Miscanthus drops each year is incredible, and it should increase the organic matter in the soil significantly.

“We are an ‘Agrii Green Horizon Farm’ which means we have been selected by Agrii to trial, test and implement different tactics for reducing the farms’ environmental impact while maintaining productivity and we’ve started doing soil carbon trials. We will begin doing this on the Miscanthus crop that’s planted and on the new crops going in, so we can take a view of Miscanthus and its contribution to carbon sequestration,” adds Mike.

This article was written exclusively for Energy Now.