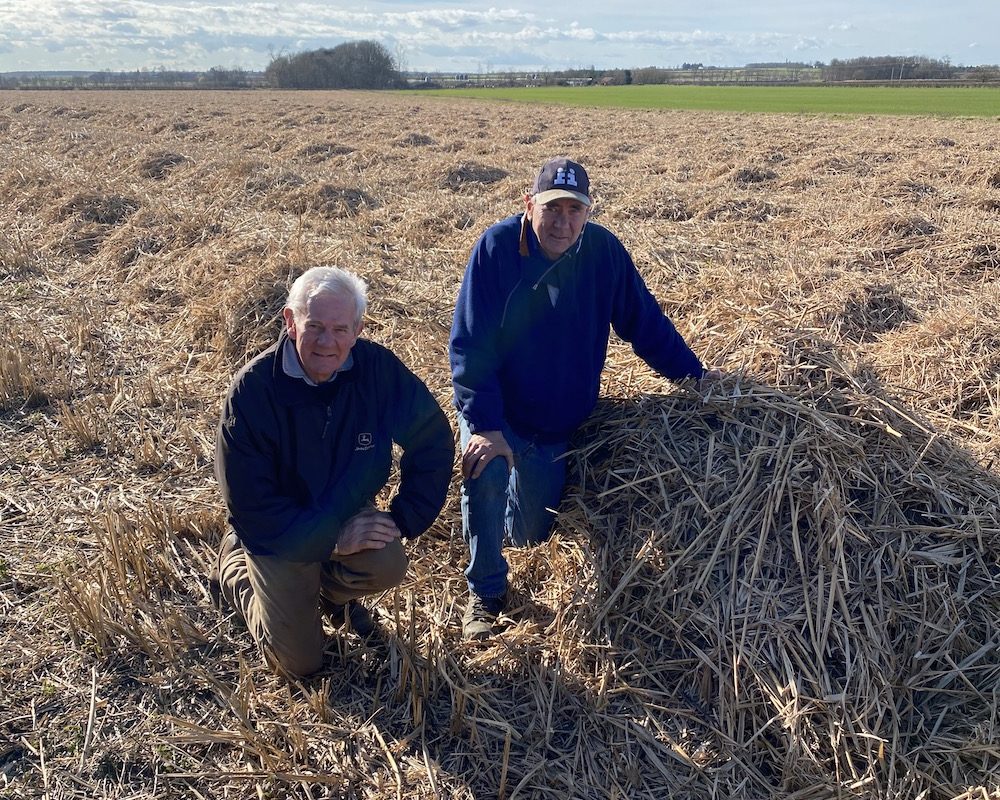 North Lincolnshire arable farmers, Ambrose and Edward Fowler, have been growing their Miscanthus crop for 13 years on drought-prone unproductive land, and have seen annual yield increases with no fertiliser applied over this time.

“The crop yielded 13t/ha in 2020, with no other inputs apart from very occasional use of a non-selective herbicide before the new shoots emerge in the spring,” explains Ambrose Fowler.

“The yields have steadily increased over the years as predicted, apart from 2019 when it was affected by the bad drought, although we still had a crop to harvest from it, and we’re pleased with the way the crop has performed overall,” he says.

The environment is top priority for Ambrose and Edward, who grow a total of 66 hectares of Miscanthus on grade three drought-prone land, as well as 13 hectares of short rotation willow coppice. The 480-hectare farm also has areas dedicated to environmental stewardship schemes.

“Our Miscanthus crop does well; it was a good decision for the farm. It has very little inputs, no fertiliser at all and many environmental benefits. It’s not a ‘golden egg’, but it’s the right crop for the soil type. Our cereal crops wouldn’t have survived the drought we saw in 2019 whilst the Miscanthus is significantly more tolerant of drought,” says Edward.

“There is a lot of research and development going into Miscanthus and we know it has carbon sequestration benefits. We hope in future there will be an opportunity to utilise carbon credits as another marketing tool,” adds Ambrose.

The firm is growing future markets for the crop, and is currently undertaking a detailed study with scientists into the above ground carbon emission offsetting statistics and below ground carbon storage capabilities of the crop.

“Miscanthus stores carbon underground each year while producing carbon neutral renewable energy and offsets emissions through the displacement of fossil fuels. We are working on a standardised, proven model for which farmers can base carbon calculations, and this will be launching in 2021,” says Alex Robinson, Terravesta’s chief operating officer.

“Miscanthus does well on low grade land, it has massive environmental benefits and I’m positive about its future,” adds Ambrose.