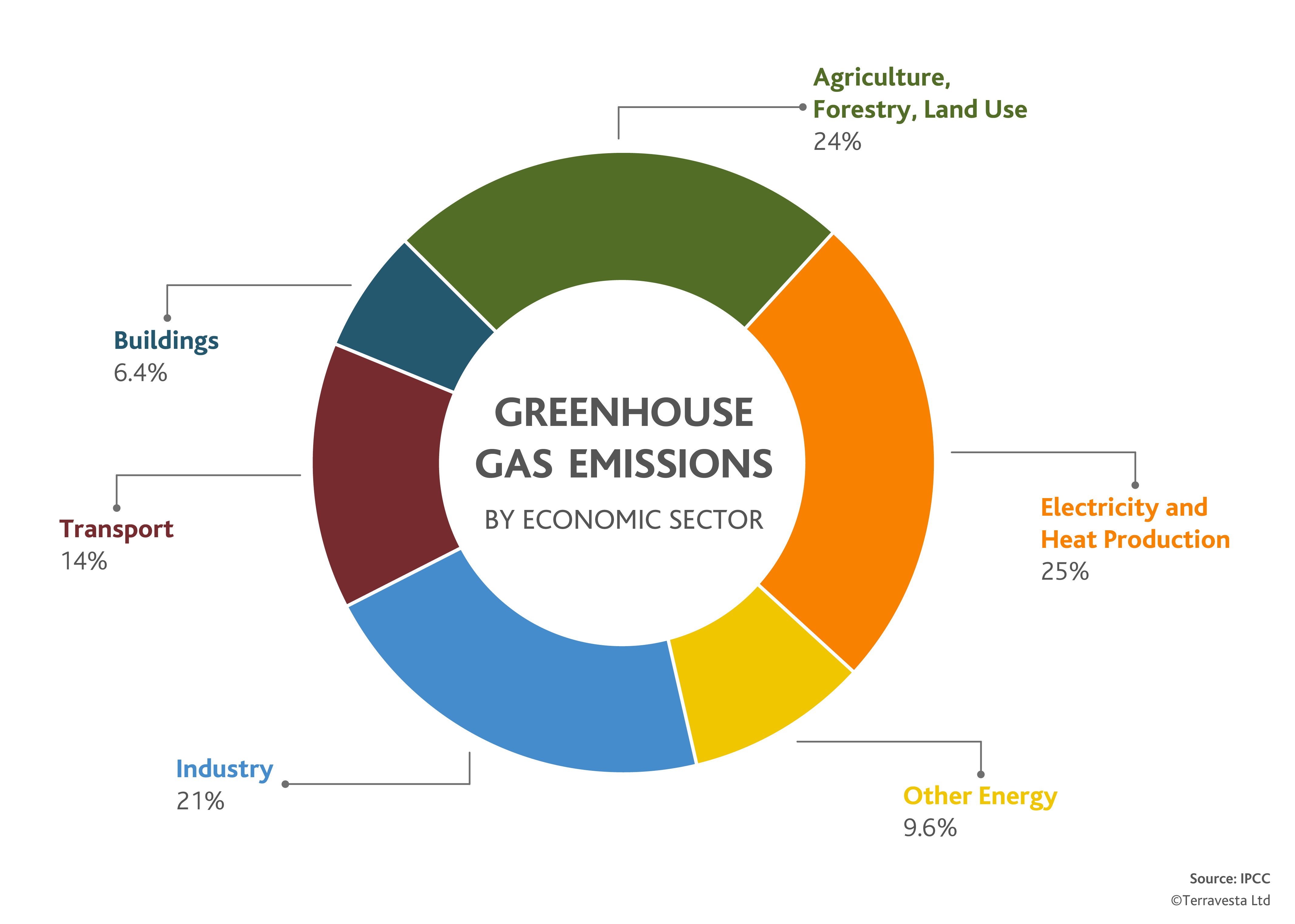 Globally, agriculture, forestry and land use accounts for 24% of emissions. With many UK farmers already seeing the effects of a warming planet on their own farms, there’s an urgent drive to change traditional practices.

“One of the biggest threats we face – climate change, not as just a natural phenomenon, but as a consequence of human activity on the planet, is internationally recognised as a threat to our existence,” says William.

“We’re the second largest emitter of greenhouse gasses, we’re quite literally beating our soils to death and we’re losing the battle for public acceptance for what we do. However, our landscape is also the emissions absorber and the carbon store. Farming is both the problem and the solution.

“At the heart of this is the move away from fossil-based hydrocarbon products (which contribute to carbon emissions significantly and are being consumed at a far higher rate than the fossilisation process), and a move towards plant-sourced hydrocarbons,” explains William.

Plant-based hydrocarbons, such as Miscanthus, are seen as a sustainable alternative to fossil fuels, presenting characteristics which can be used for a growing number of markets.

“Miscanthus is a lignocellulosic C4 perennial grass, which means it’s one of the most rapidly available raw materials on the Earth for the production of biofuels and forms an extraordinary base feedstock for all bioeconomic uses.

“There’s a strong market today in first generation uses such as burning Miscanthus for power generation and heat,” says William.

Terravesta currently has 14-year contracts with both Brigg and Snetterton Renewable Energy Power Plant for the supply of 50,000 tonnes of whole Miscanthus bales annually. As well as supplying the commercial heat and power industry and livestock bedding market, the company has also launched its own range of domestic fuels.

“There are exciting second-generation markets emerging all the time from biorefining Miscanthus for advanced end-uses, such as degradable plastics, pharmaceuticals, bioethanol and biogas production, as well as fibre uses for construction, materials and furniture, for example.”

“As we move away from a fossil-based to a plant-based economy, Miscanthus presents huge potential. This is just the start and farmers getting involved with it have a bright future ahead.”

William explains that international commitments on emissions and climate change are all framed on a number of target dates, with the furthest being 2050. “30 years is the ‘blink of an eye’ in which to develop new feedstocks, develop and implement new infrastructure and have it all working at scale to meet the desired outcomes. Working along with many other partners to find sustainable alternatives to fossil fuels is our continued mission.”

“The Department for Business, Energy and Industrial Strategy (BEIS) has a target of 1.4 million ha of perennial biomass crops to be planted in the UK and has calculated that that this is sustainable, without posing a risk to food production. R&D into new varieties to meet this demand is ongoing,” adds William.